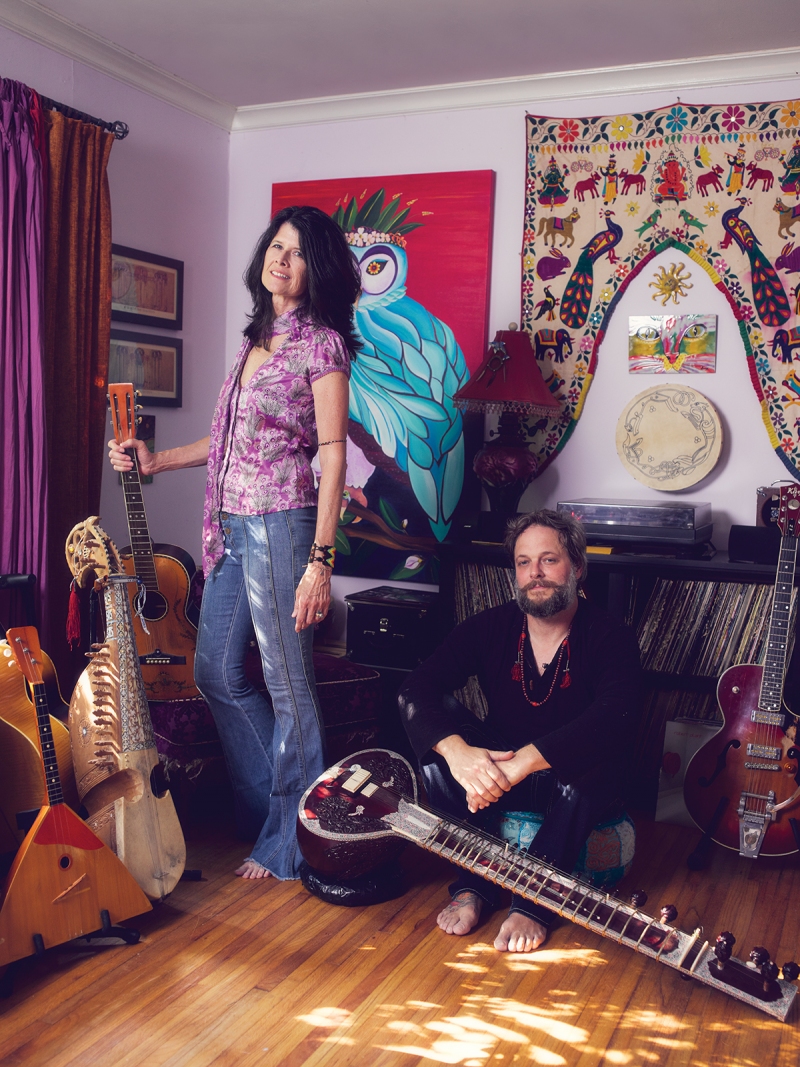 A profile I wrote about the couple behind Gigi Dover & The Big Love, a local americana band in Charlotte, for Charlotte magazine’s July issue.

A PAIR OF PANTS—tight, pinstriped, black pants. When Eric Lovell talks about the early days, he starts there.

It was Christmastime 2002. Lovell and singer/songwriter Gigi Dover were performing together for Spindale public radio station WNCW’s holiday party, she as the headliner and he on bass guitar. The two had known each other for years, both staples in the Charlotte music scene for more than a decade. Lovell played guitar during Dover’s tour for her first solo album earlier that year, Unpicked Flowers.

At the time, Lovell had long, laid-back ringlets that landed at about his waist. Dover remembers watching his hair rock back and forth to the music as he played a rock version of “Away in a Manger” on bass that night. He only remembers her pants, though.

“She’s a long-legged woman,” he says with a wide grin, his mustache curled on the ends. “They just fit perfectly.”

Before, their timing had never been right for anything more than friendship. They were both married to other people and busy building their own music careers.

Who made the first move is still up for debate. But eventually feelings evolved and their friendship intensified into attraction, and then grew into something much deeper. The two married in 2006 and have worked together on more than 15 albums, four as the band Gigi Dover & The Big Love. Collectively, they have performed hundreds of shows in Charlotte, at the Evening Muse, the Visulite Theatre, and at the now-closed Double Door Inn. Thanks, in part, to a pair of pants.